While thinking over what another nice story would be to write about, and while I was listening to Celtic music, suddenly – I heard that Stan Rogers song “Barrett’s Privateers”.

Oh, the year was 1778, how I wish I was in Sherbrooke now!
A letter of marque came from the king,
To the scummiest vessel I’d ever seen,
God damn them all!

The last of Barrett’s Privateers.
Oh, Elcid Barrett cried the town, how I
wish  I was in Sherbrooke now! 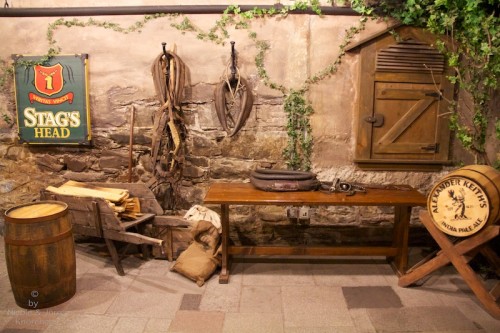 For twenty brave men all fishermen who
would make for him the Antelope’s crew.
God damn them all!

As told we’d cruise the seas for American gold
We’d fire no guns-shed no tears
Now I’m a broken man on a Halifax pier
The last of Barrett’s Privateers.
… …

Although I learned that the song itself has somewhat historical inconsistencies – I love to hear the lyrics … and I know that at some places they sing along with “I’m a drunken man on a Halifax beer” and I was taken back to the old days and I could understand why they sing that line sometimes different, Halifax hosts several fine beer breweries and we have visited two of them while we started our dream vacation with a two day stop in Halifax. 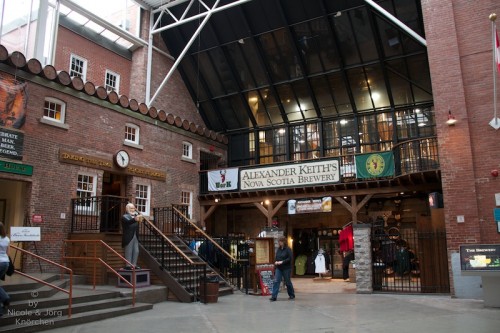 There is the Propeller Brewery on Gottingen Street with Halifax’s finest craft beer, the Granite Brewery and Restaurant and the Garrison Brewing Co, and of course, last but not least Alexander Keith’s on Lower Water Street – the pride of Nova Scotia!

At Alexander Keith’s we discovered his collection of fine beers and explored his history and heritage. We learned how a beer has to be brewed and had a lovely afternoon with the actors at the brewery. They told us their stories and how life is with Alexander. Unfortunately Alexander seems to be a very busy man and we missed him that day, but we were allowed to taste his work and sang along some songs at the Tavern. We suggest you take a tour and visit Alexander Keith’s and who knows maybe you will meet and greet Alexander himself.